Sperm whales (Physeter catodon), or cachalots, are the largest of the toothed whales, with males up to 19 meters (62 feet) long—more than five times the length of a large elephant—and females up to 12 meters (39 feet) in length. They are easily recognized by their enormous square head and narrow lower jaw. Probably the most famous sperm whale was Moby Dick, the great white whale from Herman Melville's classic novel of the same name. (As far as we can tell, Moby Dick was the only sperm whale that delivered a unique brand of karmic justice to one-legged sea captains bent on vengeance.) Despite the public's passing familiarity with sperm whales, many people have wondered why they are so named. Are they called sperm whales because their body shape is similar to that of male sex cells, or is there another reason?

The whale's common name originated during the heyday of the commercial whaling industry, from the end of the 18th century through the 19th century. The head of the sperm whale contains an enormous fluid-filled organ (which whalers called the case). During whale harvests, this organ, now called the spermaceti organ, was discovered to contain a white liquid that whalers mistook for the sperm of the whale. The spermaceti organ is unique to sperm whales, although bottlenose whales possess a similar organ. It has a volume as large as 2,000 liters (530 gallons) and can extend through 40 percent of the whale’s length.

Whalers valued spermaceti (the name of the material within the spermaceti organ) because it could be cooled into a wax that could be made into ointments, cosmetic creams, fine wax candles, pomades, textile finishing products, and industrial lubricants. The whale's spermaceti organ and blubber also hold sperm oil, a pale yellow oil that was used as a superior lighting oil and later as a lubricant and in soap manufacturing. 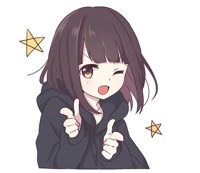 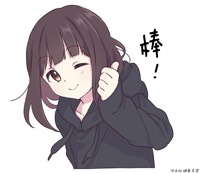 英语中十二个月份的由来
Does Sleep Position Affect Your Health?
Americans Are Not Getting the Message About Exercising More and Sitting Less
Why You Should Always Wash New Clothes Before Wearing Them